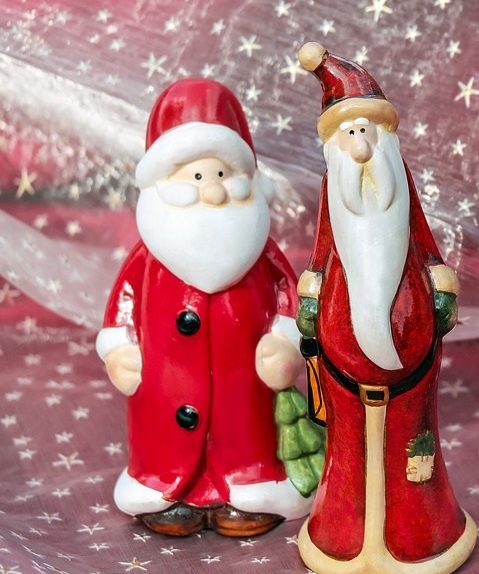 With a name like Kentucky Fried Christmas, you might think that this is a Christmas tradition that is celebrated within our borders. Far from it. The Kentucky Fried Christmas is actually held in Japan. Christmas celebrations are gaining ground in Japan, and you will find people practicing some familiar rituals such as light displays and gift-giving. Although Christmas remains a recent novelty in Japan, a new tradition has emerged that has become quite a hit with the Asian nation–A Christmas celebration with Kentucky Fried Chicken. The celebratory menu is advertised close to Christmas on the KFC website in Japan, and even if you do not know any Japanese, the pictures will tell you all you need to know about the finger-licking offerings available during the Christmas period in Japan. The delightful selections range from a quality roast-bird feast to a Christmas-themed standard bucket.

This Christmas tradition takes place in Germany where Nikolaus rides on a donkey on 6th December during the night and leaves presents such as toys, oranges, chocolate, and coins in the footwear of good girls and boys across Germany, particularly in the Bavarian area. Saint Nicholas also visits kids at home and at school, and children get the opportunity to draw a picture, recite a poem, or draw a picture in exchange for presents. In other words, St. Nicholas is a fantastic person. But St. Nicholas day is not all games and fun. The lad also brings a demon-like character in a dirty beard dressed in obscure costumes known as Knecht Ruprecht, whose sole objective is to punish bad children.

This is one of the most exciting Christmas traditions across the world. In the thirteen days preceding Christmas, thirteen tricksy troll-looking characters known as the Yule Lads come out to play in Iceland and visit kids across the nation in each of the thirteen days. During every Yuletide night, kids put their favorite footwear at the window, and various Yule Lads visit bestowing Christmas presents for good girls and boys, while the disobedient children get decaying potatoes. The Yule Lads dress up in native Iceland attire and can be quite a mischievous lot. Their names alone provide a hint of the mischief they are likely to cause: Kertasnikir the candle stealer, Ketkrokur the meat hook, Gatapefur the doorway sniffer, Gluggagægir the window-peeper Bjúgnakrækir the sausage swiper, skyrgamur the skyr gobbler, Huroaskellir the door slammer, Askasleikir the bowl licker, Pottaskefill the pot scraper, Þvörusleikir the spoon licker, stufur the stubby, Giljagaur the gully gawk, and Stekkjastaur the sheep-cote clode. Visit Iceland during the thirteen days preceding Christmas if you would like to see them all.